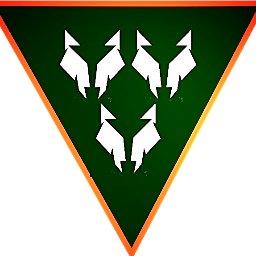 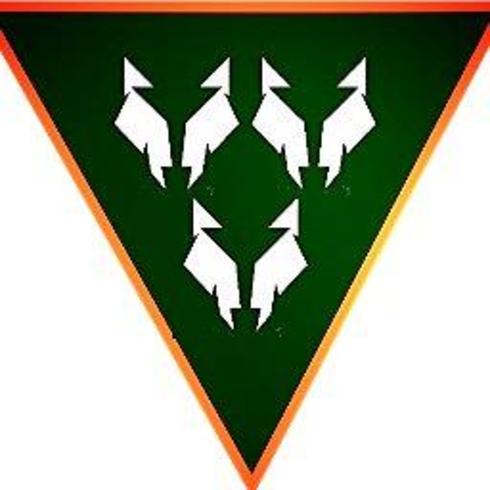 Candelabra Trees
Pin it: pinterest.com/pin/2387…
Shady Dell harbours a redwood grove that takes your breath away and defies belief. Just a few feet off the ground, the trees seem to have been split into a dozen trunks, each reaching to the sky like haphazard candelabra. The medieval "Enchanted Forest" as it's known by locals, is important for forest science.
Read More: bit.ly/1htBuAt
#Trees #Forest #Nature #Enchanted #Magical #PinOfTheDay

"I think Im going to pass out."

I gotta tell ya, I couldnt of picked a better GORUCK challenge event to be my first. The LIGHT challenge is an excellent introductory course into the unknown and Special Forces based training theories and practice. After finally thinking about it for the last several years, I finally decided to take action and sign up for the Olympia Washington GORUCK LIGHT challenge, the beginners level if you may. The TOUGH and HEAVY being the moderate to harshest of the three challenge events. Saturday, March 26, 2016 at 1400 hours marked the start of my first.

Nine of us showed up, including our assigned Cadre, Doug whom is currently NG Special Forces. We did have one person bail out on us during the welcome party, which I dont blame him for because I actually gave it a real quick thought myself. I somehow managed to push through it and remain motivated. I hadnt eaten breakfast that morning, couldnt stomach it due to having way too much to drink the night prior with some of my good Army buddies and their wives. So before the event I went to Safeway to get some fruit and a drink, realizing later that it probably wasnt the greatest idea to eat 30 minutes prior to an event like this. Either way, I felt much better after the welcome party.

I honestly cannot recollect the order of these welcome party exercises neither some of their names, but the duck walk, the crab walk, the bear crawl and the fireman carry were the most mentionable. I do remember though being called out for class motivator for the beginning of the welcome party with me leading in front of the class, an in cadence, one round of push ups with ruck on, single count to 20. There was also a for time run as fast as you can to a tree and back to the original starting point that seemed to be at least 400 meters away. This is where I was questioning my own intestinal fortitude, feeling like I was going to almost pass out. Feeling somewhat defeated already, wondering what I had gotten myself into. Hearing words of encouragement from certain members of the team helped me snap out of it. My second wind was coming and I felt better. They say that this is the introductory and easier welcome party compared to the TOUGH and the HEAVY challenges. Ours only lasted about an hour, if that. Others I hear can last from two to four hours before you even begin rucking, etc.

I can still remember everyones name. That just goes to show you how involved you become in an event such as this. You get to know your buddy to your left and right fairly well in the amount of time you spend rucking around the town, on road and off. We actually had one shadow member which happened to be a spouse of one the members with us taking photos along the way and trying his best to keep up with us. Also the head of GORUCK distribution just so happened be able to make it down to this event despite his busy work schedule. Something I had been intentionally setting my mind towards regarding that the GORUCK distribution center just so happens to be in Seattle. A future field trip to this site is upcoming, hopefully with team members from my Meetup group the Renton Ruck Team. Anyways, back to the event.

Since there was only eight of us, not including the cadre, we were able to become more of a tight knit group. Each challenge event has an American Flag and a class weight, weighing a minimum of 15 pounds. The two people responsible for carrying these two items are to maintain the pace and lead while whomever receives guidance from cadre gives basic navigation orders throughout the ruck march. During parts of the ruck and to include the point shortly after the welcome party, a chosen class member will read bits of history based on your location, etc. Ours was the legendary Olympia brewery. I literally grew up on this water during my younger years living in Aurora Colorado. Its the water. A pit stop to the Olympia Artesian Well where more history was read and heard. Another pit stop at the Olympia Capitol building for a class photo. And before that we all carried a log up a very steep incline choosing to go straight up versus using the manmade paved path which zig zagged like a switchback.

All along the ruck march, we rarely took any rest periods and we consistently were stepping it out with a swift pace. Getting to know each other along the way, and occasionally getting cheered on by passersby. And at least a couple of What are you guys doing? along the way! All in all its a great adventure with some great training along the way. Between one log that had been found near the Olympia Capitol building and the other one that seemed to have magically appeared some several blocks away, the second log was a bit heavier which made for some excellent training indeed. My favorite was probably the side straddle hop (jumping jack) with the log over one shoulder, our right shoulders to be precise. Talk about different. Then perhaps the overhead log with flutter kick combo was a definite runner up, along with in cadence sit-ups and squats! This is precisely why a team is needed in order to work out with logs. My Renton Ruck Team will experience this if they feel up to it. I have a cache of logs near me.

Yes, log physical training may seem somewhat daunting, but as long as you carry your own weight, youll be just fine in the end. Shoulders may be sore afterwards. The guy in the front is a fireman, our biggest member. He pretty much seemed to be carrying the log all by himself because he was so tall. But we all managed to disperse the weight as evenly as we could. You could definitely feel the burn. No cadence was requested nor given. I was the cadence qualified member, but wasnt going to if no one really wanted to. To call cadence, the class must be in step and marching to the cadence. Didnt hurt my feelings. Although I was actually looking forward to it, maybe next time and definitely with my Renton Ruck Team eventually. So everything else is pretty much a blur now, except for the occasional memory that creeps up on me. The ruck march back to our origin was a bit grueling due to our quick pace. We did however toss the log off somewhere, lightening our load considerably. I could feel the blisters on both of my heels getting bigger. When I was active duty Army, we wore boots obviously and I would always use knee-hi panty hose (dont laugh) as my liner between my feet and my boot socks. This made blisters harder to get and worked very well for me. So yeah, running shoes and hiking boots were the norm now.

Upon our arrival to the start point we had a couple of more exercises to conduct, I already forgot one of them. But the other one was called the conveyor. Picture crowd surfing, thats pretty much it but you're laying on the ground with your ruck on your belly, while moving a class member over you using your arms and hands to guide them without dropping them. It was great! The fireman was a bit difficult to move, but we managed. Our cadre had us get into one more formation. We were all pretty much expecting to get really smoked now. It turned out that we were done. End of exercise. Mission complete. For some of us, this was our first GORUCK. We finally earned our right to say that we are now GORUCK TOUGH #GRT. Cadre Doug congratulated us all and let us know how proud he was of our team and our willingness to kill this LIGHT event. Met by Chuck Wilson towards the end of the event, the head of GORUCK distribution came supplied with two cases of Elysian beer for us. Thank you Chuck! Like I said, I managed to pick an excellent first GORUCK challenge. If youre contemplating doing an event, just make sure youre ready by working up to it. The LIGHT is a great place to start! I may be doing my first TOUGH this year if I can man up to it. GORUCK!
Jeb Norris