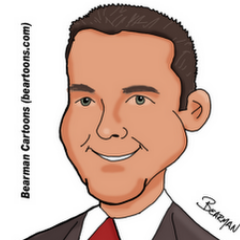 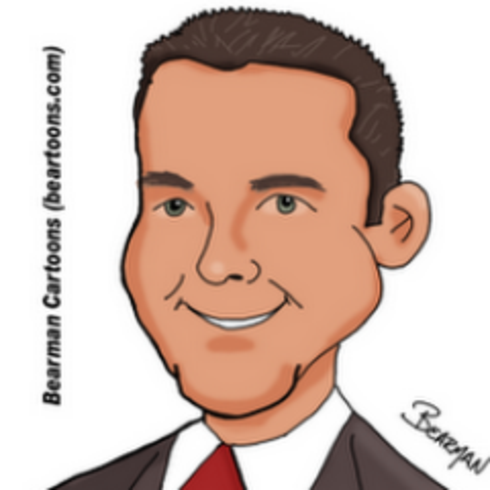 I do want to say that I have been online for many years and prior to that I worked in acute mental health as a nurse and as a mental health counselor. For those who do not know, acute mental health is when a person has been admitted into the hospital under moderate to severe mental incapacitation. I hope my experience brings a different perspective to the subject of trolls and bullies. No I do not have a degree in psychology, I just actually helped people for living.

We have all seen it, somebody posts something online, within minutes trolls and bullies pounce on the unsuspecting poster. Now we also know that people who post about certain subjects are just asking for trolls and bullies to show up. If you want to stay clear of a good deal of negative energy do not post about politics, religion, race or anything controversial.

Types of Trolls and Bullies-

The Political wannabe Pundit.
The Religious Zealot.
The Know it All Troll.
The Grammar Nazi.
The Online Marketing Police.
The Jealous Troll.
The Sexist Bully.
The Attention Seeker.
The Thrill of the Hunt Troll.
The Failed in Life Troll.
As we break down each type of troll and how to manage them, remember that many Trolls and Bullies can wear any of these titles proudly at any given time.

These Trolls and Bullies are some of the easiest to identify and avoid. If you post about politics it is like putting a glass of water in front of a person who has been wandering the desert. They cant help themselves, what was once a nice amicable person may quickly turn into an idealistic nightmare. If you want to lose friends on social media, just post about politics. I do it often, but it is because I know how to deal with the Political wannabe Pundit. Never get into an argument with one, people with political ideals can not be swayed on an internet post.

These Trolls and Bullies are also easy to identify. Many hide behind a friendly exterior and will pounce as soon as you post something that does not align with their religious dogma. Once again you need to tread softly here, the Religious Zealots tend to group. If you awaken one, others may also join their cause quickly and without mercy. The Religious Zealot is not just your mainstream Christians or Muslims but also Atheists and anyone else who has an agenda or belief system they feel is superior to others.

These Trolls and Bullies are impossible to reason with. I know you have dealt with them in everyday life. I have to admit, when I was young this was one of my short comings. It took me losing friends in my teens to realize that it was ok to be wrong. It is also ok to let people carry on when they are wrong. The quickest way I have found to get the Know it All Troll to back down is to engage them with sarcasm. If they persist just stop engaging them and block them on every platform. These folks are so blind that they could be staring facts in the face and they still will not see that they are wrong. All I know is that I know nothing!

how do you deal WITH a grammar NaZi? I don%T know: Maybe you wohs them that you just dont give a F$%@!

These Trolls and Bullies number very few, but tend to be aggressive. These folks tend to live by a set of ideals that they would like the whole world of online marketing to live up to. What they do not tell you is that this is a great tactic to keep the competition under control. If you read books about propaganda and power, one of the ways to secure your position is to speak against any view point that may threaten your position of power. I like to say, dont listen to the trolls, go forward and make your own path on social media. Believe me, they do not have your best interest at heart.

Yikes, these little monsters are nasty. The Jealous Troll is one that should not be engaged if at all possible. These little monsters will follow you around and make your life miserable if you offend them. Once you identify a Jealous Troll you must not engage them, if you do, do so carefully. They normally do not have a monetary motive so it is not about business. When you damage a persons ego either intentionally or unintentionally they can and will pursue retribution for years! I do recommend you block the Jealous Troll as soon as the true colors emerge.

These Trolls and Bullies tend to target women. We have all heard stories of women being sexually harassed or bullied on the internet. I know of a few women who have suffered serious bullying on platforms like Twitter, Google Plus and Facebook. You may not think that online bullying has lasting effects on a person, but bullying on or offline has similar results mentally. I think I created a Block Monster concerning my wife Anabell. At the slightest hint of bullying she will block them. I think there should be a block list of known internet bullies. I have no idea how to do it, but it sure would be beneficial for those who are sensitive to these scum.

These Trolls and Bullies are actually in great number. They will hijack a social media post for their own benefit in a second. In social media one of the teachings I have seen is to comment on other peoples posts often to build engagement, but these folks take it to the next level. The Attention Seeker will make sure that the comments center around them. They can easily be any of the above types of Trolls and Bullies. If you see someone try to hijack a conversation or link drop, I recommend deleting the comment. Trolls and Bullies sometimes forget that the post is yours, you are in control. If they make a habit of doing this, once again give them the Block slap down!

9. The Thrill of the Hunt Troll-

These Trolls and Bullies really get under my skin. They target the people who are positive and doing great things with their lives. Due to circumstances that they are in, they tend to rain on everyones parade. These people have nothing good to say about life and want to crush your dreams also. We have all dealt with this type offline, but when we come across them online they are much more difficult to avoid. I like to live by the credo, avoid the negative and unhappy at all costs. You may think that they will have no affect on your mood or behavior but it is that one time when you have your guard down that they will.

Safeguards Against Trolls and Bullies-

The Block Button, use it often and freely.
The Unfriend, Disconnect, Disassociate whatever it is, get the hell away from them.
Let your Peers know what is happening.
Do your best to not engage the Trolls and Bullies.
Try to be Friendly with Everyone, even Trolls and Bullies can be decent sometimes.
Now I want to know how you deal with Trolls and Bullies on Social Media? We all have different techniques we use to handle them. If you use Google Plus please join the conversation. I know this one will be interesting. Thank you and please stop feeding the Trolls. ; )

How Do You Deal with Trolls and Bullies on Social Media? by Randy Hilarski