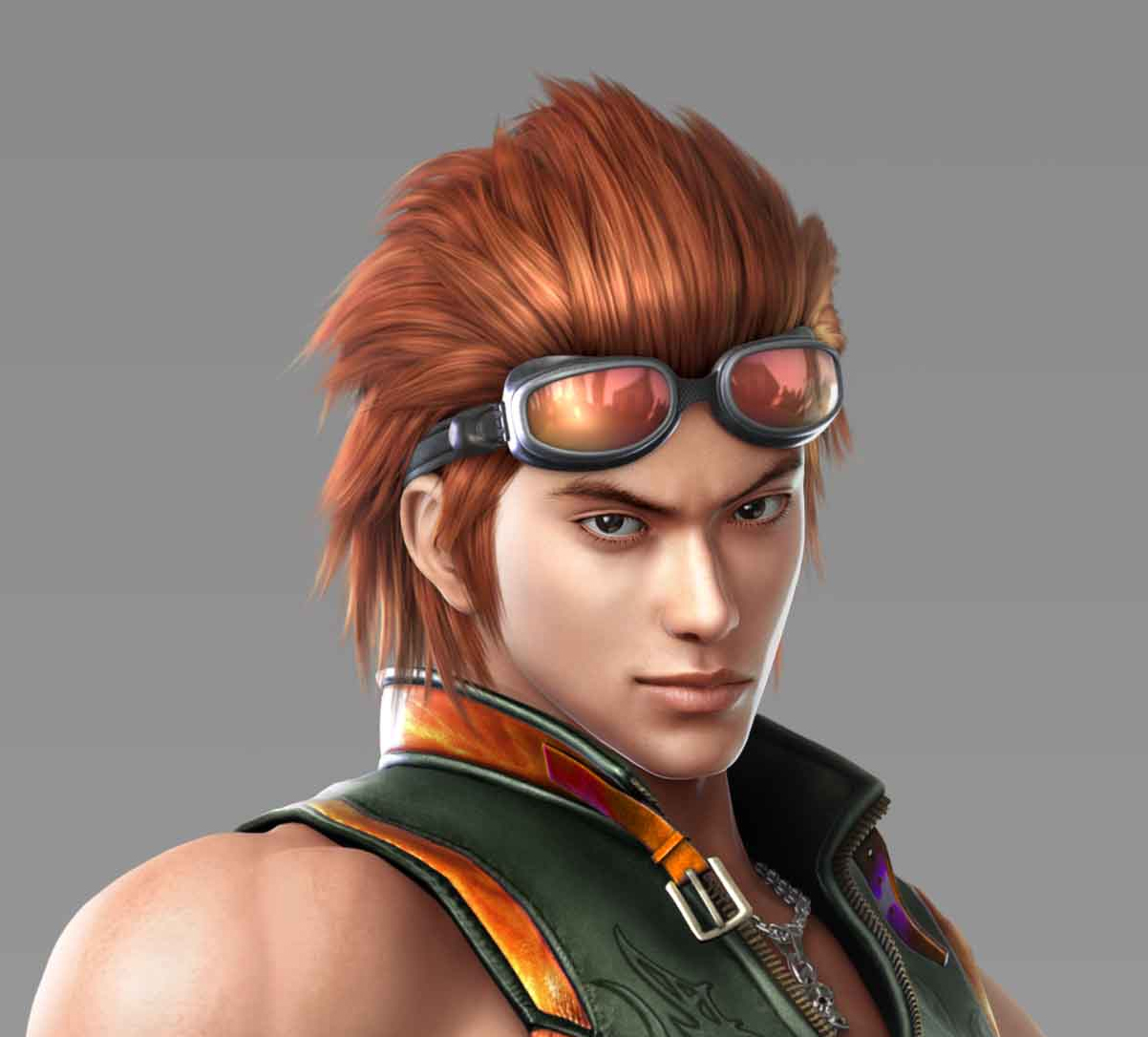 Michael Mustang's creative blog on DashBurst. Hello, guys! I work in software development company Zfort Group from Ukraine. I am interested in all news about information technologies and especially AI and ecommerce. Once in a while, I write articles and create podcasts for a company blog. In addition, I share valuable articles from Zfort Group's blog here. - Michael Mustang

Hello, guys! I work in software development company Zfort Group from Ukraine. I am interested in all news about information technologies and especially AI and ecommerce. Once in a while, I write articles and create podcasts for a company blog. In addition, I share valuable articles from Zfort Group's blog here.

Hello, guys! I work in software development company Zfort Group from Ukraine. I am interested in all news about information technologies and especially AI and ecommerce. Once in a while, I write articles and create podcasts for a company blog. In addition, I share valuable articles from Zfort Group's blog here.

NFTs in the Metaverse

NFTs and the Metaverse are arguably the two hottest topics from the tech industry over the last year or so, and with good reason. Both individually and put together, these two technologies have the potential to change the way that we interact with the world around us.

At the same time, because they’re both so new, a lot of people are struggling to wrap their heads around them. And so that’s where this article comes in. Today, we’re going to take a closer look at both NFTs and the Metaverse. So let’s dive in.
What is the Metaverse?
Metaverse is a concept recently launched by Facebook, which is hiring 10,000 people to work on it. Of course, the actual concept has been around for years, but Facebook has the cash and the expertise needed to make it a reality.
The idea is to create a way to interact with the internet using a virtual reality headset. As a result, we’d no longer be limited to using our smartphones, laptops, and tablets.
The true promise of Metaverse, then, is that we’d have a new way of interacting with the internet. In the same way that a VR game allows you to enter a world and experience it as though you’re really there, the Metaverse will allow you to enter the internet and stand in the middle of it. It’s like something out of a sci-fi novel.
Of course, it’s still early days for the Metaverse, and it’s hard for us to tell exactly what it might look like. What we do know, though, is that even though Facebook is the leading company behind it, it’s likely that a range of different companies will get involved.
For example, Fortnite creators Epic Games are interested in the Metaverse, and they’ve already done something similar by hosting virtual, in-game concerts with pop stars like Ariana Grande.
How to Connect NFTs to the Metaverse?
And so now that we know a bit of the Metaverse, it’s time to look at where NFTs come in. As a quick recap, NFTs (non-fungible tokens) are essentially a new way of proving the provenance of digital assets. In the same way art collectors like certificates that prove that their paintings are the real deal, NFTs can provide documentation for digital art.
Connecting NFTs to the Metaverse can be tricky, especially at this early stage. There will likely be self-service tools available that make NFTs and the Metaverse more accessible in the future, but in the meantime, it’s tricky to get this right without a little help.
And so, for the time being, if you’re looking to connect NFTs to the Metaverse, your best option is to find yourself a developer. The main challenge is that you’ll need experience developing for VR and the Metaverse and working with NFTs. That narrows the talent pool down quite considerably, and so don’t be surprised if you have to pay through the nose for the privilege.
The Future Usage of NFTs and the Metaverse
One of the more interesting aspects of NFTs is allowing artists to be paid for resales and the original sale. In the context of the Metaverse, they could be paid every time their art is displayed.
Because of the way that the Metaverse works, there are all sorts of applications for using NFTs in it. For example, it would be easy to create a virtual gallery of artists’ work that could be experienced through a VR headset. Artists could be paid based on how many people viewed and interacted with their artwork, either by running a free exhibition supplemented by ads and/or sponsorship or charging people for admission.
And NFTs aren’t just for art. As the use of virtual worlds grows, NFTs could be broadened out and used to represent all sorts of objects. For example, they could track ownership of a virtual car or property.
And while it’s true that nobody likes advertisements, it’s also true that they’re here to stay. NFTs could change advertising by being used as the basis for a more absorbed type of advertising where we see the ads in virtual reality. You might not like the idea much, but you also might not have much of choice. If there’s one thing that you can be sure about, it’s that marketers will find a way to advertise just about everywhere.
At the same time, we shouldn’t forget that it’s the users who will ultimately decide, because if someone comes up with a way to use NFTs in the Metaverse that has a negative effect on user experience, it’s in the best interests of developers to shut it down so that they don’t push users away from the platform.
How Zfort Group Can Help You with These Software Projects?
By now, you should have a good idea of how NFTs and the Metaverse come together, so the odds are that you’re excited about the possibilities and looking at the next steps. But as we’ve discussed, as they’re two emerging technologies, it can be challenging to get started.
The good news for you is that here at Zfort Group, we make it our business to get to grips with new tech. We’re ready and waiting to help you with your NFT and Metaverse project, so be sure to reach out to us to find out more. We look forward to hearing from you!
Original source:
zfort.com/blog/NFTs-in… 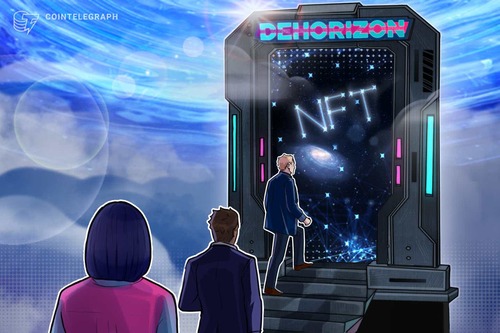 NFTs in the Metaverse

How to Develop NFT marketplace?

The idea to create an NFT marketplace came up with the growing popularity of NFT. An unprecedented jump in the NFT rating in 2021 makes NFT marketplaces more desirable. There are already many large NFT platforms in the world.
Most known among them:
OpenSea is the most popular NFT marketplace;
SuperRare has the most expensive NFT arts;
Rarible is an active competitor to the top two.
However, the market demands more.
The Basics of NFT Marketplace
So you've dived into the NFT world and now want to create your custom marketplace where your community can host and use their NFTs.
If we look closely, we will notice that in many ways the NFT marketplace is similar to e-commerce built on Magento or a marketplace like eBay or Amazon. It has many similarities. There are several things that we should consider when developing an NFT marketplace.
The first thing you have to worry about is the design of your marketplace. At this stage, you will need a good UI / UX designer who will develop the appearance for your site and ensure convenient use, which will get significant traction to your project. A good showcase is not the last thing on your site, and the buyer must understand what one is buying.
The next step is to work with the functionality.
The Functionality of NFT Marketplace
Think about how users will interact with your NFT marketplace. A marketplace cannot exist without adding products to it. In our case, these are NFTs. Create all the necessary conditions to implement listings for your community. Create user-friendly navigation and forms for NFT listing. Allow a creator to provide detailed descriptions of their listings. Make it easy and convenient to find the NFT you need. Decide what criteria the customer can use for filters to find the NFT one wants.
One of the main conditions for creating a booming NFT marketplace will be the integration of both decentralized and centralized wallets. It is essential to understand that to attract a wide range of users, and you need the integration of the most popular wallets.
Don't forget about trading opportunities for NFTs. During bidding at an auction, information on the bidding process must be available in real-time. At this stage, you cannot do without blockchain development. Blockchain smart contracts will help ensure the security of transactions and the privacy of individuals.
Finally, implement such an essential tool as a rating for your community. After all, the deal is a serious thing, and buyers and sellers must understand who they are dealing with.
Reasons to Build Your Own NFT Marketplace
Why is a custom NFT marketplace good?
The true reason is that you can make the trading process
fully controlled by your rules
tailored to your own target audience
you can make a profit on the trading
You can choose any blockchain platform as a basis for your own NFT marketplace. There are vast possibilities to choose the suitable one.

Among the leaders are:
Ethereum (ETH);
Binance Smart Chain (BSC);
Polygon (MATIC);
EOSIO, WAX;
Algorand;
Polkadot;
FLOW.
This may sound somewhat complicated, so it would be wise to hire an NFT development company to help you implement your idea.
...And Even More!
One more trendy thing is the NFT launchpad. In addition to the basic strategy for creating an NFT and minting through the marketplace, you can implement or use a launchpad. NFT launchpad is the next step of NFT marketplace evolution where tokens released represent startup equity accompanied by the release of the equity (ERC-20) and project resource (ERC-721, NFT) tokens. Thanks to the launchpads, you can grant early access to buy NFTs, providing you with more significant discovery and market coverage. In addition, you can get additional advertising on the one hand and win early sales on the other.
Next Steps?
If you plan to create an NFT marketplace from scratch, then the Zfort Group team will help you.
Our professionals can:
Create an attractive and functional design for your project;
Integrate payment systems;
Develop a custom NFT smart contract;
Use the blockchain you need for development.
Zfort Group, at your service!
Original source: zfort.com/blog/NFT-mar…

How to Develop NFT marketplace?

The idea to create an NFT marketplace came up with the growing popularity of NFT. An unprecedented jump in the NFT rating in 2021 makes NFT marketplaces more desirable.