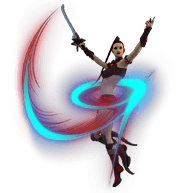 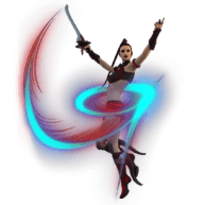 PROJECT: 3D CHARACTER MODELING
CATEGORY: 3D GAME ANIMATION
for more: gameyan.com/3d-charact…
We provide unprecedented quality 3D Character Modeling services for our clients. We create customized 3D Character Modeling Design based on the character requirements by the clients. Our 3D characters are directly compatible with major animation software. This saves your time and effort while creating animations based on the 3D Character Modeling created by us.
Our team offers 3D Animation Studio to create unique, bright and interactive characters for any storyboard. Our 3D Animation Studio designer apply creative artistic vision and meticulous professional approaches to each project. Our Game Character Modeling Studio is fully capable of creating well-developed characters from scratch and transforming them into 2D or 3D using the latest technologies.
We use technique such Maya and 3D Studio Max which are most familiar in the field of film industry, television and 3d character development for interactive 3D Animation Studio modeling and animation with our experts in a most reliable way.

Lotha is a warrior game 3D Character Modeling of alien look with yellow eyes and also red stripe on her face and red and brown costume and he has unique sward as his weapon. Design and developed in Maya, Zbrush, 3Ds Max, Photoshop and rendred in V-Ray By 3D Art Outsourcing.

Where players must dismember their opponents by chopping off arms and legs. Even while missing a limb or two, the brawl continues until one fighter emerges victorious.
We Develop Low-Poly 3D Character With Texturing & Rigging.
GameYan Studio is 3d art and animation outsourcing studio in India which also involved in Cartoon Character Modeling, TV commercials and movie production. We work globally like USA, UK and India.
Our professional team of artists can develop variety of 3D art content for movie and video games along with low optimized characters for mobile and virtual reality interactive games.