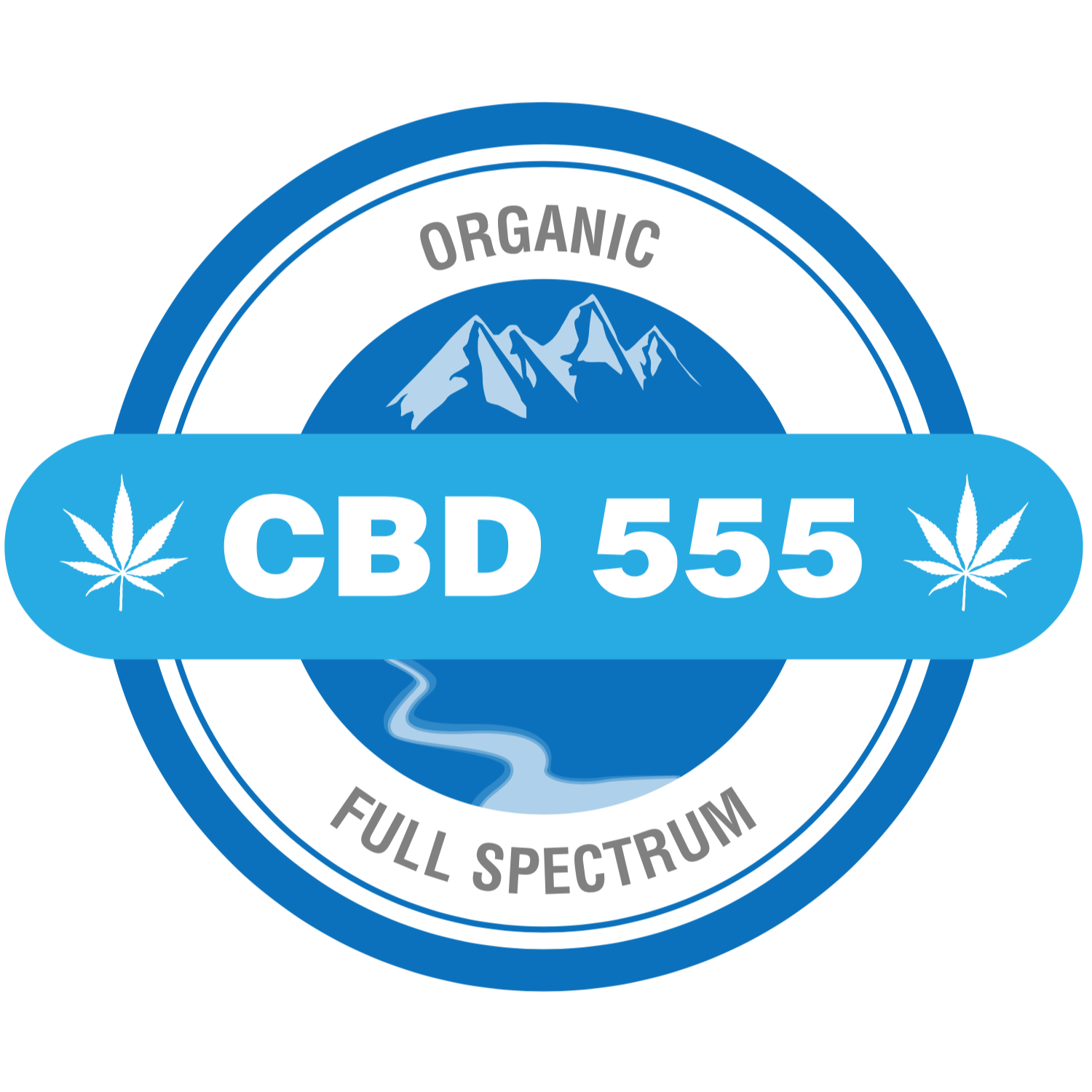 CBD555 is an enriched form of Cannabidiol (CBD) - a naturally occurring constituent of industrial hemp/cannabis.

CBD555 is an enriched form of Cannabidiol (CBD) - a naturally occurring constituent of industrial hemp/cannabis.

CBD (short for Cannabidiol) is one of the major compounds found in the cannabis plant, of which Hemp is a major variety. Marijuana is another major variety of Cannabis, and CBD can be extracted be from either of them. The studies have indicated that CBD may be able to help minimize the symptoms leading to cancer. cbd555.com/blogs/resou… #cbd #cannabidiol #cancer 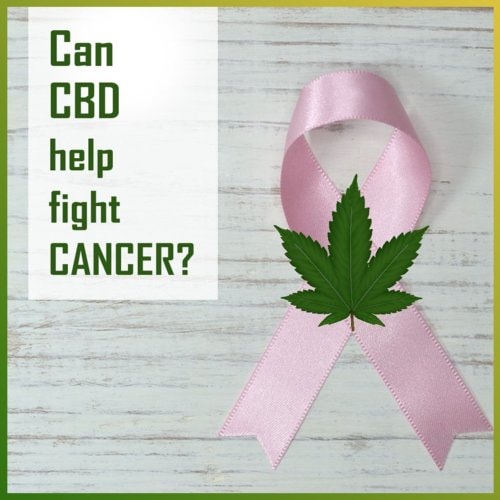 CBD (short for Cannabidiol) is one of the major compounds found in the cannabis plant, of which Hemp is a major variety. Marijuana is another major variety of Cannabis, and CBD can be extracted be from either of them. CBD is one of the 113 “cannabinoids” in the cannabis plant but is highly regarded for its potential health benefits. The Cannabidiol extracted from hemp can stimulate the Endocannabinoid system in the body. This is a system of receptors that are present in our central nervous system and almost every organ of our bodies. CBD helps in unlocking these receptors and enable them to improve our overall health. When these receptors get unlocked, they can perform many critical tasks such as nourishing the brain, strengthening the immune systems, etc. View this post on Instagram With projected consumer sales of $2.1 billion by the year 2020, the CBD market is expected to increase by 700%. Some financial experts expect sales to reach $3 billion by the year 2021. * * * #CBD #CBDOil #CBDMarket #CBDIndustry A post shared by @ cbd.555 on Dec 21, 2018 at 6:13am PST   Studies conducted by some of the leading research centers across the globe have scrutinized CBD’s role to help patients suffering from cancer. They also examined its effectiveness in preventing cell growth. While the research is still an ongoing process, the studies have indicated that CBD may be able to help minimize the symptoms leading to cancer. It has also been found that the cannabis component can even be useful when it comes to minimizing the side effects of cancer treatment among the patients. Even though the health authorities do not fully endorse cannabis to be part of formal cancer treatment, some of the promising action of CBD have shown its influence to moderate inflammation and change how tumor cells reproduce, which can be useful in the treatment. Even THC, which is another popular cannabis component, has also been found to have similar cancer-fighting effects. However, when used in high doses it could lead to a high among patients due to its psychoactive properties, which could also cause many side effects. On the other hand, CBD is considered safer and can be more useful for its cancer-fighting properties. Some of the facts that have been obtained from the ongoing experiments include: CBD has been found to be helpful in reducing nausea, pain, and improve appetite in cancer patients. While synthetic cannabinoids have been used, the recent researches have revealed the importance of natural cannabinoids like CBD in combating various types of cancers. Being non-psychoactive, CBD is much safer than other cannabinoids and has stronger anti-tumor effects. Cannabidiol could essentially be used to improve the effectiveness of standard treatments apart from being used as a potential anti-cancer substance on its own. Consistent use of CBD-infused medicine can prevent cancer cell growth and destroy cervical cancer, lung, colon, leukemia, thyroid, and other cancer-causing cells. It has also shown encouraging signs to in decreasing brain cancer (glioma) cell growth and invasion. As it can directly reduce tumors, lessens pain, and improves the efficacy of conventional drugs, CBD can also be used to fight breast and prostate cancer. CBD has also been found to reduce energy production in cancers and tumors, which can accelerate their demise. It also ensures the cancer cells are more sensitive to tumor-killing white blood cells such as lymphokine-activated killer cells. Apart from this, CBD also forces the affected cells to kill themselves, which can stop both growths and spread of these cancer cells. Moreover, recent studies have indicated that it also blocks a newly discovered cannabinoid cancer pathway. While the existing studies are looking encouraging, we also need to consider the fact that most of them have been limited to experiments on cells only. It’s still a long way to find out if CBD will be able to combat cancer in humans the way medical specialists expect.

We have evaluated various factors about CBD and find out whether it could be used as a curative & therapeutic remedy. #CBD #Cannabidiol #CBDOil 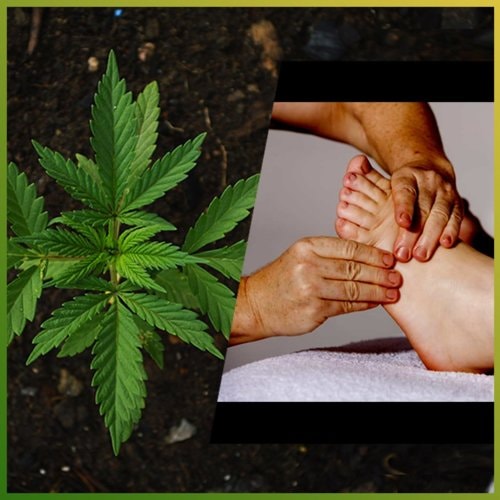 How CBD can be a Curative & Therapeutic Remedy

CBD (Cannabidiol) is one of the many chemical compounds known as cannabinoids found in the Cannabis Sativa plant, which is a type of cannabis. Hemp is one of the cannabis and CBD can be extracted from it.  CBD has become the popular choice as a natural remedy. It's because many common health issues can be resolved with it. However, there are many misconceptions associated with it and its usage. Let's evaluate various factors about CBD and find out whether it could be used as a curative & therapeutic remedy.  Why CBD? Having discovered the potential health benefits of Cannabidiol, many people have realized its importance. Even the sales of CBD oil and CBD-infused products is set to hit a record value in the next few years. The fact that CBD has Neuro-protective properties has been based on research studies that reveal its effect on neurological system. It's been found that CBD has the potential to act on the brain signaling systems such as the endo-cannabinoid system in our body. Therefore, it can be used for treating neurological disorders such as multiple sclerosis and epilepsy. It has also been found that CBD can reduce muscle spasticity in people with multiple sclerosis. The endo-cannabinoid system (ECS) has an active role in regulating various important functions such as appetite, sleep, pain, and immune system. The system is responsible for producing neurotransmitters known as endocannabinoids that bind to cannabinoid receptors in the nervous system. As CBD has shown the potential to make an impact on the endocannabinoid activity, it is being implied that it can help reduce chronic pain and inflammation through positive engagement with the receptors. Among the mental health disorders, depression and anxiety are among the major ones. Not only they have devastating impacts on the health of the suffering people but also lead them to disability. CBD oil has shown promises of treating depression and anxiety through a natural approach. Experiments have shown that can safely treat insomnia and anxiety even in children with post-traumatic stress disorder. It’s because CBD has the ability to act on the brain’s receptors that regulate mood and social behavior. Linked with various benefits for the heart and circulatory system, CBD can aslo be used to lower high blood pressure. It has been found that it can be used to treat a number of other health issues such as tumors in breast, prostate, and lungs because of its powerful antioxidant, anti-inflammation as well as stress-reducing properties. These can be taken as some of the reasons that make CBD an excellent solution when it comes to improving health and wellbeing.  How to use? If you are looking to consume CBD in the most natural way possible, then you can go for Tinctures. It can be administered easily by slipping a few drops under your tongue. Also, it does not smell like pot, and it takes very little time to ingest. You have to hold the liquid under your tongue for a little longer if you want to feel its effect quickly. However, swallowing the droplet quickly will take a bit longer to feel the effects. For on-the-go relief, the disposable CBD vapes can be an effective choice. Available in different flavors, the vapes can range from strong to mild. The main advantage of these vapes is the convenience in carrying them. You can slip them into your pocket, take a quick puff wherever and whenever you wish and get on with your life. Chewing gummies as kids was always fun. CBD gummies can easily evoke that fun and also add to the benefits of these delicious edibles, and it can serve as delectable medicinal confectionaries. The flavors could range from strawberry to peppermint, and can also be conveniently consumed in two to four doses every day. As they are compact and chewable, you can conveniently munch them on the go. They also look exactly like candy, and you can use them very discreetly without having to worry to keep them hidden. CBD can also help in reducing pain and inflammation as well as numerous physical disorders. It has also been found to have many unique medicinal and therapeutic effects. Going by the research studies, it could be assumed that it might play a vital role in treating several neurological disorders, social phobia, etc. So, whenever you decide to give CBD a try, you can procure any CBD-infused products available online.

Here are some of the benefits of using #CBD in your daily routine. cbd555.com/blogs/resou…